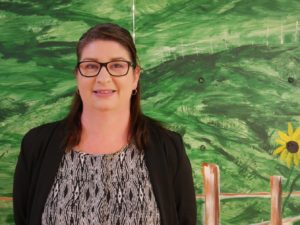 Starting her employment in the disability sector as an Activ support worker five and a half years ago, Nicole now manages several shared accommodation homes and overseas services for Activ’s customers in the South West who live independently and require drop-in supports. Nicole’s support and managerial style demonstrates a clear commitment to supporting our customers to achieve their goals and enhance their home life to increase their independence and capability.

Nicole has been nominated for her work with customer Joshua, who began accessing drop-in support with Activ in 2020. As someone who is most comfortable with routine, Joshua, who has limited verbal communication skills, has previously displayed challenging behaviours, distress and unhappiness with disruption to his usual schedule. With Nicole’s support, Joshua’s transition to a new home and support team went extremely well, and he continues to thrive in ways never experienced before, explains Nicole’s Customer Operations Manager, Darren McNab.

“Nicole is an exemplary Team Leader who goes above and beyond to support Activ’s customers in the South West region,” said Darren.

“Nicole was instrumental in ensuring that Joshua’s transition went as smooth as possible and was on Joshua’s terms. Nicole ensured that Joshua was able to meet all of his support staff before services commenced, where she closely observed how he responded and sought his feedback, which can be challenging due to Joshua’s limited verbal communication skills. Nicole also took the time to meet with Joshua and his family, who live in Perth, to get to know Joshua as a person, and to familiarise herself with his needs.”

“From day one, Nicole has ensured that Joshua’s support team are 100% compatible to him – whether that be his age, interests, support needs or goals. Services commenced with two support workers at any one time, and Joshua responded so well, that this was quickly reduced to only requiring one support worker at any given time.”

Nicole regularly works with other professionals in the sector to support a reduction in challenging behaviours that Joshua displays, by ensuring that his team know why he displays these behaviours and what he is trying to communicate through them. As a result of Nicole’s proactive collaboration with other industry professionals, these behaviours have sizeably reduced since Joshua commenced supports under Nicole.

Furthermore, as Joshua is most comfortable with routine, he previously needed to know what activities he would be doing and who his support staff were going to be, a couple of months in advance. To address this, Nicole got to know that visual prompts work best for Joshua, and that if there was going to be a change to his routine or support worker, that she could use pictures to communicate this with Joshua. As a result, Joshua now only requires information about his schedule and support services two to three weeks in advance, demonstrating a noticeable difference in Joshua’s ability to handle change or uncertainty.

“Nicole sees every customer’s full potential for independence and genuine happiness, and Joshua is no exception. Nicole recognised that Joshua had so much potential to be more independent in his daily living skills, which is one of Joshua’s long-term goals,” said Darren.

“With Nicole’s encouragement and support, Joshua has started to cook his own meals with the support of staff, having a BBQ every Tuesday, and can also bake. Joshua has also started putting away his own dishes and hanging out his washing (with support to put up pegs), both achievements that may seem small to others, but are incredible for Joshua’s independence.”

“Joshua has started painting, with this quickly becoming one of his favourite hobbies, and he has also progressed further with swimming. Nicole re-engaged Joshua with work delivering pamphlets, which he is now thoroughly enjoying. Joshua has expanded his skills to now independently folding the pamphlets in addition to delivering them.”

Joshua’s family lives in Perth, and Nicole has shown an incredible commitment to supporting Joshua to maintain his family relationships despite the distance. Nicole ensures that there is someone in Joshua’s team who can support him to travel to Perth when he wants to, and in the past has supported him to visit his sister Rachel, to attend family events, and to attend events of his choosing, such as Speedway racing.

The positive impact that Nicole has had on Joshua, is why Joshua’s sister Rachel believes Nicole is a deserving award recipient.

“Nicole took the time to really get to know Joshua, and she knows where she can nudge him so that he can continue to grow,” said Rachel.

“She’s a fantastic team leader. I can’t thank her enough for what she has done for Josh. He is more confident and independent and if you look at him now, he’s just a happy guy.”

Congratulations Nicole on your nomination – you would be a worthy recipient of a WA Disability Support Award.  At Activ we are proud to have people like Nicole on our team. If you are interested in joining our team, check out our Careers page.