An initiative of Activ’s Innovation team, the career coaching program has helped Andrew realise his strengths and skills at working with food and people.

After working in the canteen at Activ Osborne Park Business Services, Andrew discovered that the work was enjoyable and he was good at it. Activ career coaches worked with him to develop his skills and better prepare him for work in mainstream employment.

After participating in the discovery and career assessment process, Andrew was connected to a work placement at a local café where he prepared takeaway food and its packaging.

Through one-on-one support and a placement at the café, Andrew’s communication and interpersonal skills have improved.

According to Career Coach, Tracy Coles, Andrew started using his initiative to ask for more tasks to complete during his café placement.

“Andrew has excelled during the career coaching program, not only with his job skills, but also with his life skills. It has been great to see him perform so well in a socially inclusive setting. I’m confident he has a positive future in open employment,” said Tracy.

Andrew’s Dad Stephen said Andrew is happiest when he is at work.

“What career coach Tracy is doing with Andrew has raised the bar and gives him greater hope for what he can achieve, and the future we dream of,” said Stephen.

“Never before had Andrew undertaken this amount of learning, but he surprised me by retaining the information and rising to the challenge. I am really impressed,” he said.

“Andrew has learned so many new skills ready for work and he has the confidence and eagerness to match. He wants a job with real challenge and responsibility – he wants a job where he can use his skills in an industry he likes. I believe his future is bright – and so does his Mum – and it’s definitely in mainstream employment.

“I am so impressed with the guts of the career coaches, they’re truly unbelievable women,” said Stephen. 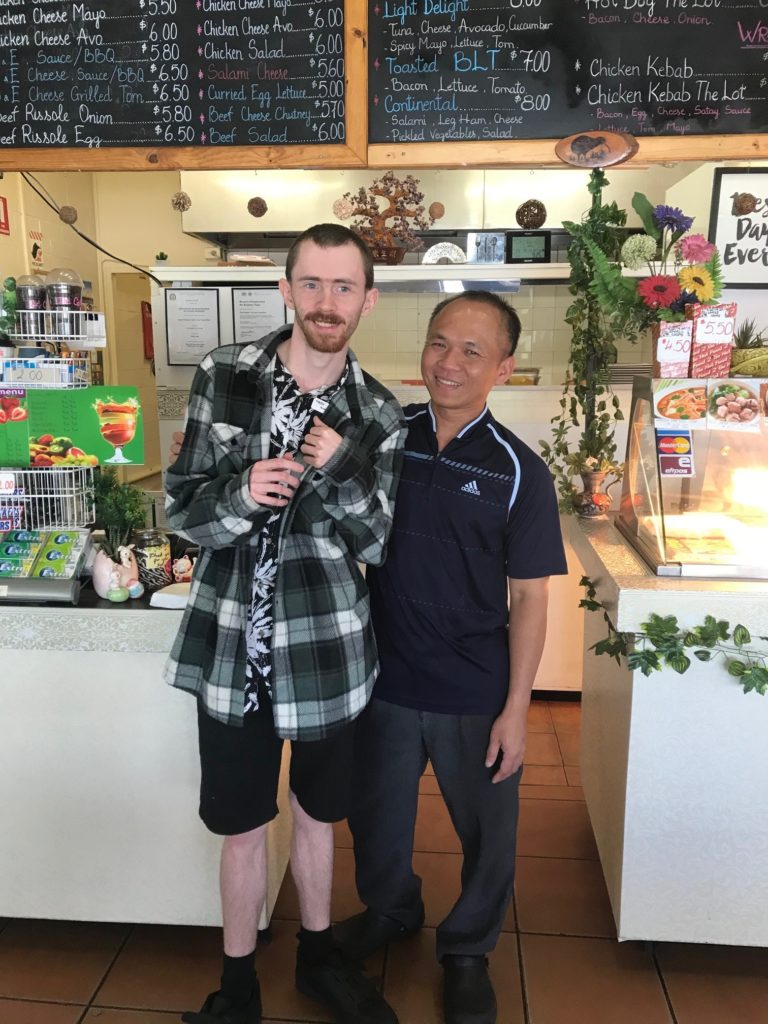 [Image description: Andrew and café owner, Vin, smile at the camera while standing in the café.]