Rehearsals at Activ Beaconsfield are in full swing for the upcoming production of its musical extravaganza, Once Upon a Dream.

The Beaconsfield performing arts team’s biggest and most ambitious production involves 24 customers in a range of acting, singing, dancing and behind-the-scenes roles.

This is Activ Beaconfield’s fourth production and each show has been developed by staff and customers.

Currently rehearsing twice a week, the customers and staff are excited about their show, which will be performed on Saturday 18 July at John Curtin College of the Arts in Fremantle. There will be a 1pm matinee and a 5pm evening show and ticket information will be available in the next edition of Activ News and via our social media channels.

Five of the 23 songs featured in the show have original song lyrics. One of the songs was written by customer Julius Rode.

Once Upon a Dream is a tale of facing your fears, finding your voice and believing in the power of stories. 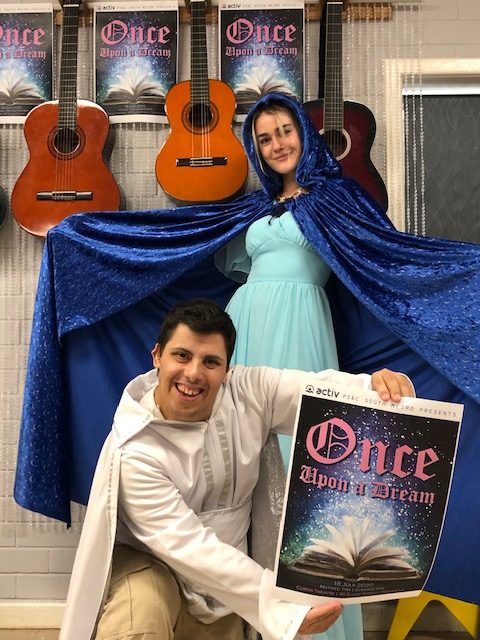 [Image description: Once Upon a Dream cast members.]